Clubs from Japan and Great Britain first met at Stamford Bridge, London, in 1928 when a team from Waseda University took on the Achilles Club. This historic meeting was the first time that any club from Asia had competed in Europe.
Result: Achilles 34, Waseda 31.

The return match had to wait till 1999, when on the invitation of Waseda alumnus Akira Kazama, now General Secretary of the Japan Association of Athletic Federations, an Achilles team visited Japan in 1999 and took part in a triangular match with Waseda and Keio University in 1999 in Tokyo.
Results: Men: Waseda 76.5, Keio 72, Achilles 52.5. Women: Waseda-Keio 105, Achilles 73.

Following the success of the 1999 Japan tour, and 15 years beyond the original planned date, but again thanks to Akira Kazama, the next match will be held in August 2017, at the Wilberforce Road track in Cambridge. 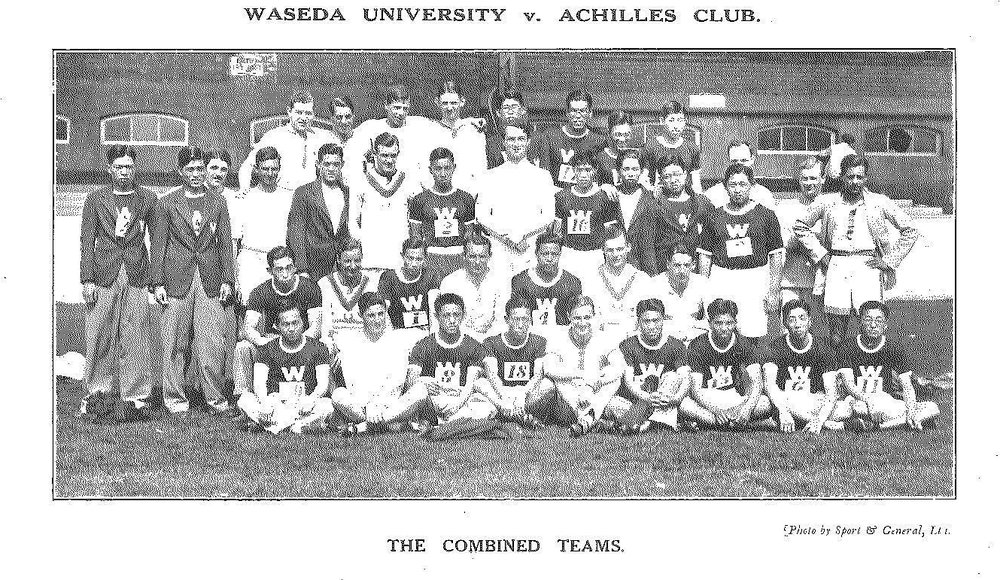